The Art Deco Los Angeles City Hall, completed in 1928, is the center of the government of the city of Los Angeles, California, and houses the mayor’s office and the meeting chambers and offices of the Los Angeles City Council. To keep the city’s architecture harmonious, prior to the late 1950s the Charter of the City of Los Angeles did not permit any portion of any building other than a purely decorative tower to be more than 150 ft. Therefore, from its completion in 1928 until 1964, the City Hall was the tallest building in Los Angeles. 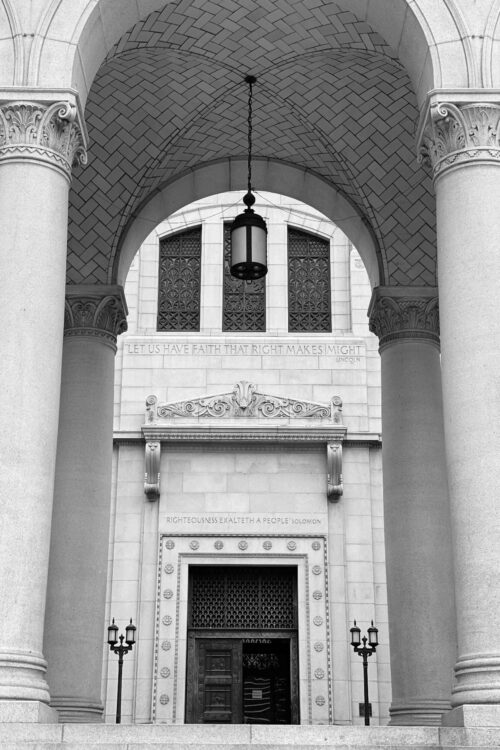 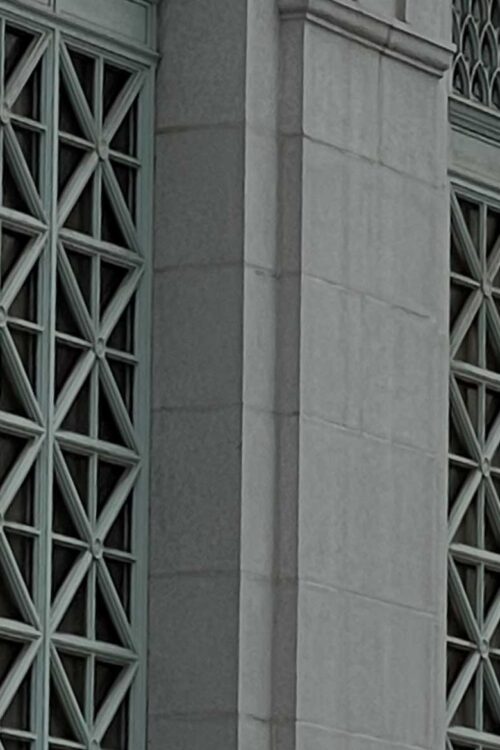 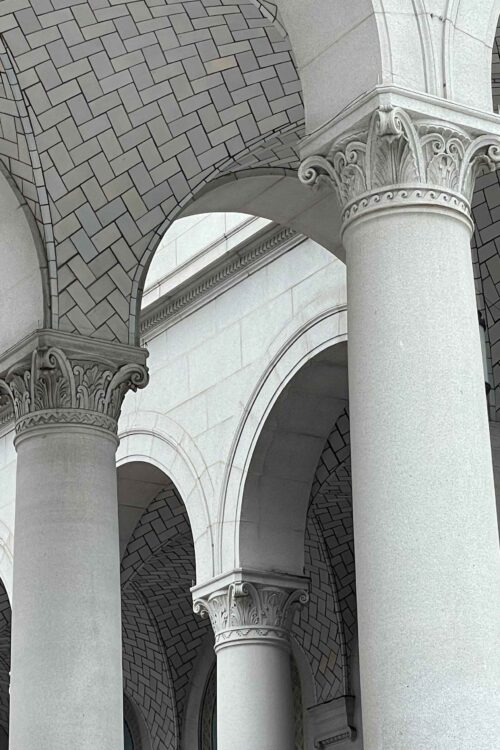 The Los Angeles County Courthouse was completed in 1958 and formally opened on January 5, 1959. The architects were Stanton, Stockwell, Williams and Wilson, in Late Moderne style, which incorporates elements of both the Streamline Moderne and International style. The Los Angeles Times noted that the architects of the present courthouse designed it to last 250 years. It was renamed in 2002 in honor of Stanley Mosk, who was the longest serving justice on the California Supreme Court and earlier served as Attorney General of California. The courthouse is the largest courthouse in the U.S. and hence the world. The pictured sacles of justice sit above the Hill Street entrance to the grand courthouse. 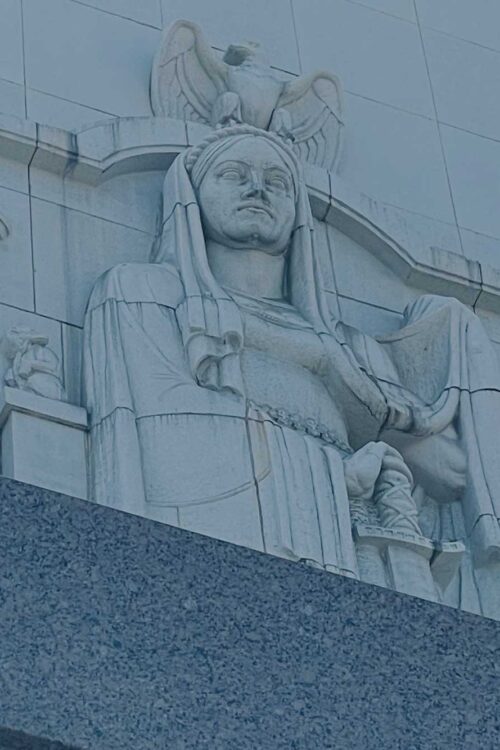 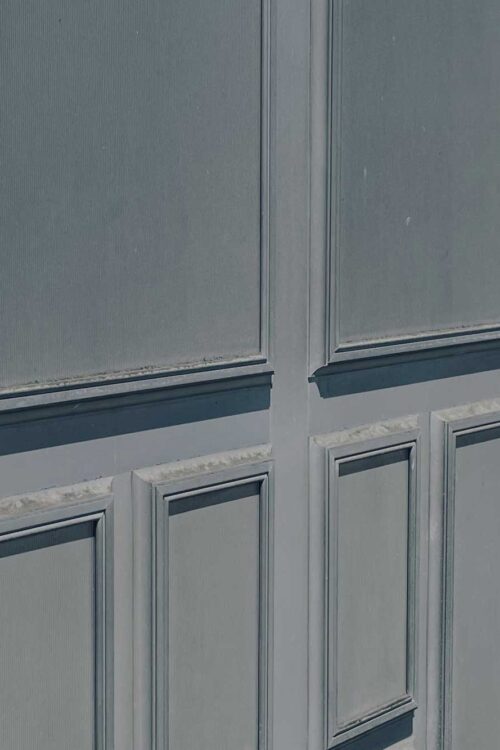 The Spring Street Courthouse, formerly the United States Court House in Downtown Los Angeles, is a Moderne style building that originally served as both a post office and a courthouse. The building was designed by Gilbert Stanley Underwood and Louis A. Simon, and construction was completed in 1940. It formerly housed federal courts but is now used by Los Angeles Superior Court. The main entrance, which faces Spring Street, is three stories high and recessed behind fluted columns. 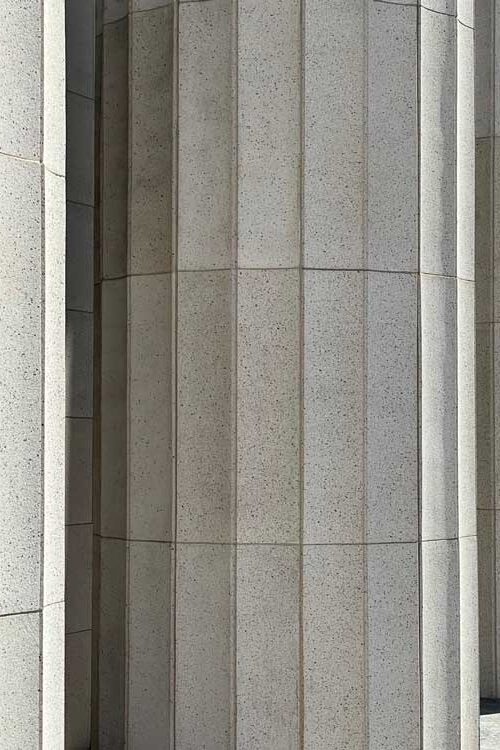 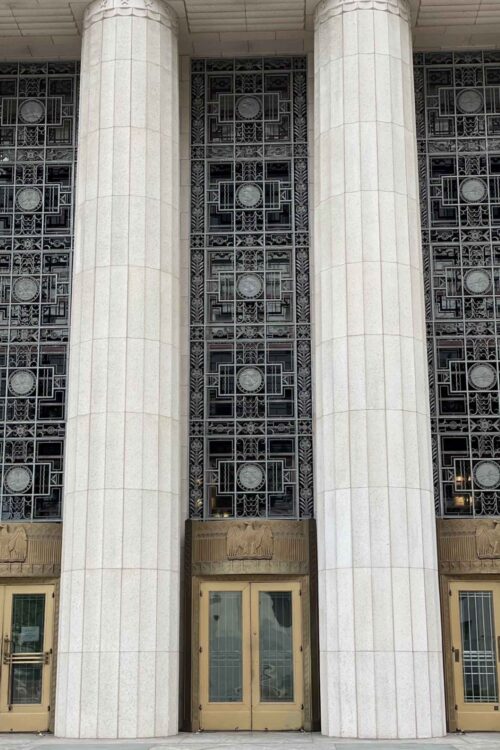 The Los Angeles County Hall of Records, a rare high-rise by Richard Neutra (co-designed by Robert Alexander), sits in the northern end of the Civic Center in Downtown Los Angeles. Built in 1961 at the cost of $13.7 million dollars. it is an exemplar of modernist architecture. The building includes louvers similar to the Kaufmann Desert House. Additionally, the screen to the right of the louvres was a feature by sculptor Malcolm Leland to incorporate ornamentation into modernist buildings. 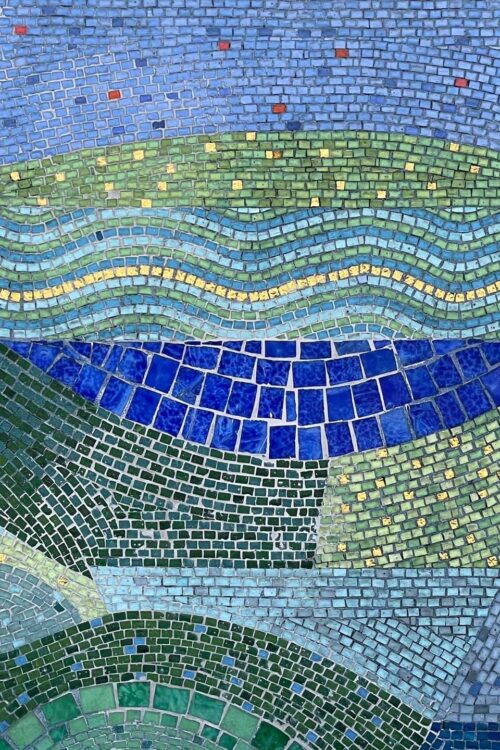 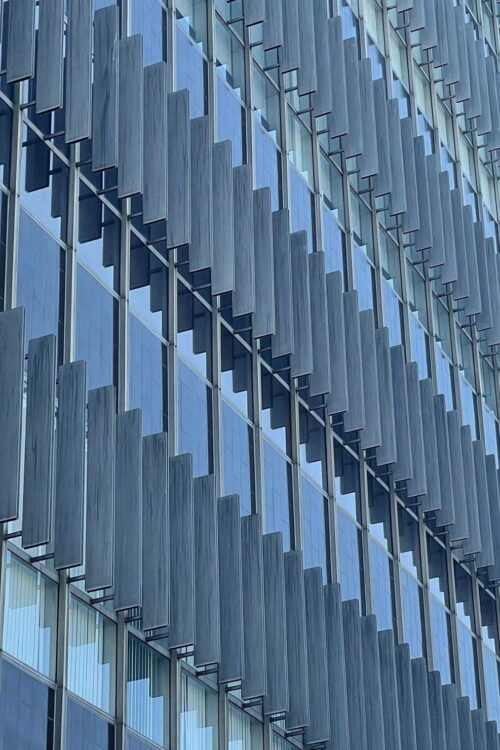 The iconic streetcars made their first appearance in San Diego in 1886 in the form of open-air coaches pulled through the central business district by horses or mules. The first electric-powered version came a year later and over the next 100 years operated in various forms through the city. The bright-red light rail line, star of the San Diego Metropolitan Transit System, first started rolling down the tracks 40 years ago on a 16-mile route between downtown San Diego and San Ysidro, at the U.S.-Mexico border. It now serves 53 stations over more than 53 miles on the Blue Line, Orange Line, Green Line and the weekend-only vintage Silver Line. The San Diego Trolley is considered the oldest second-generation light rail system in the U.S. 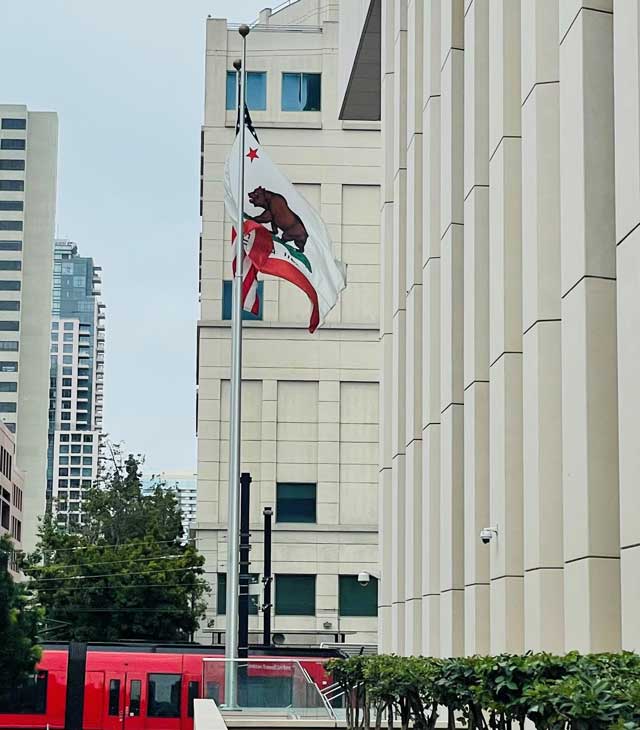 San Diego’s new 25 story central courthouse, which opened in late 2017, provides the court’s central court district with a full-service, consolidated facility for criminal, probate, family court, and small claims services. The courthouse comprises a tower and podium clad in precast concrete, as well as a public plaza. Located on a former brownfield at the intersection of Union and C Streets, the project is designed as a catalyst for an emerging government district. 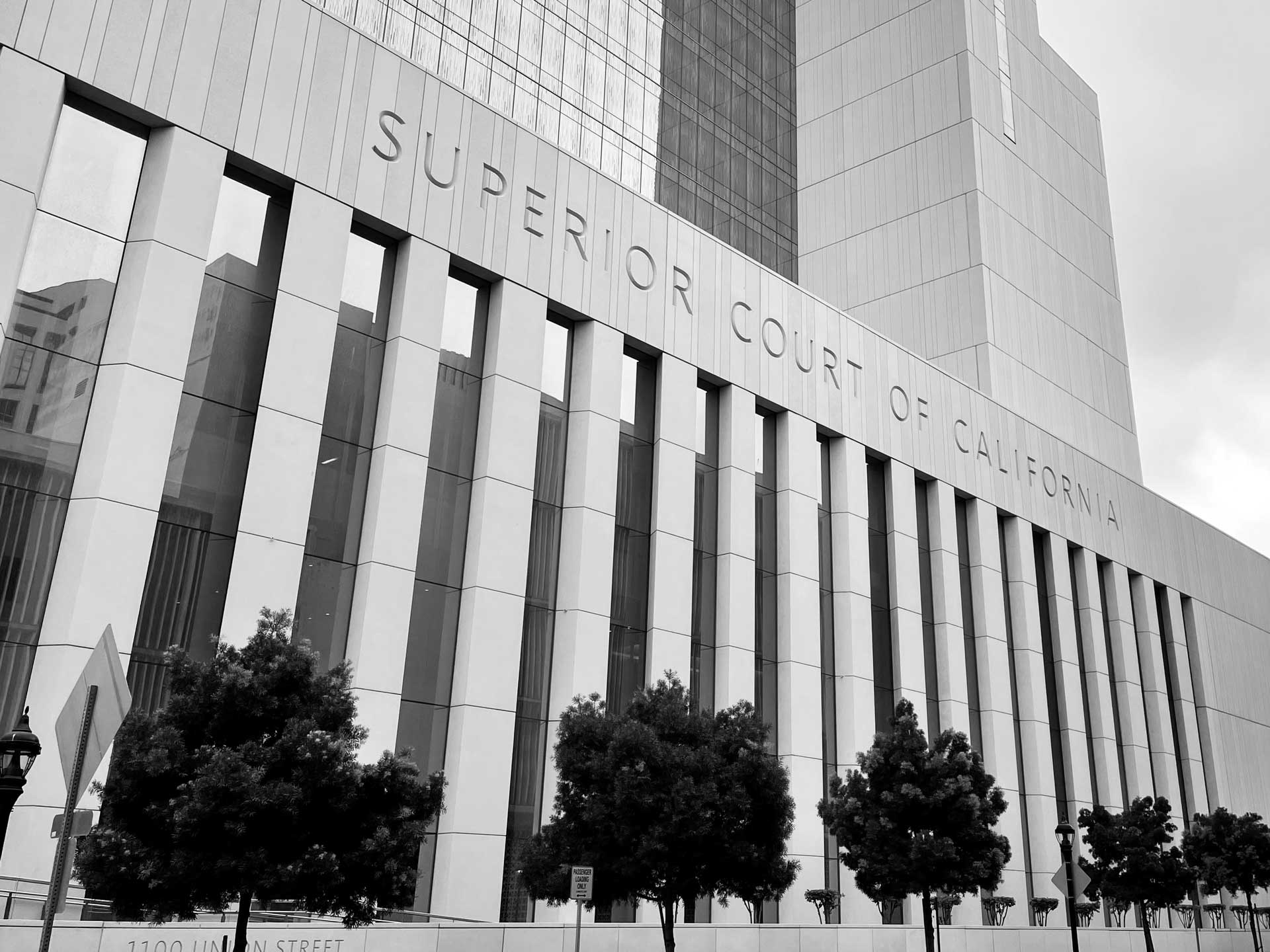 The Earl Warren Building in San Francisco, is the headquarters of the Supreme Court of California. The building was completed in 1922, and is named for 14th Chief Justice of the United States and former California Governor, Earl Warren. The building’s facade features granite and terra-cotta masonry and is done in the Beaux-Arts architectural style. 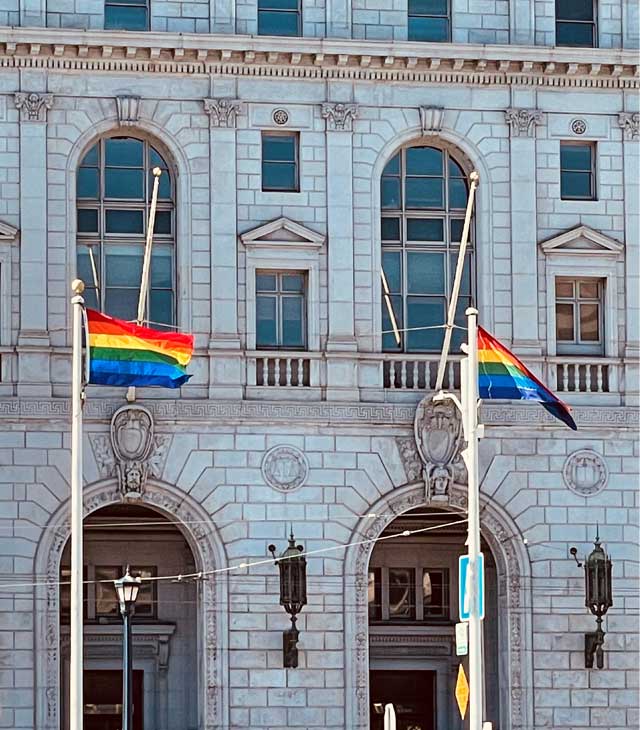 With the old San Francisco City Hall destroyed in the great earthquake of 1906, civi leaders looked to build a new City Hall to demonstrate the city’s rebirth in time for the start of the World’s Fair of 1915. Designed by architect Arthur Brown, Jr. and begun in 1913, natives and the world were suitably awed by the gilt exterior detailing, the sweeping grand staircase, and the massive dome. At 307 feet in height, the dome is a full 42 feet taller than the dome of the nation’s capitol. 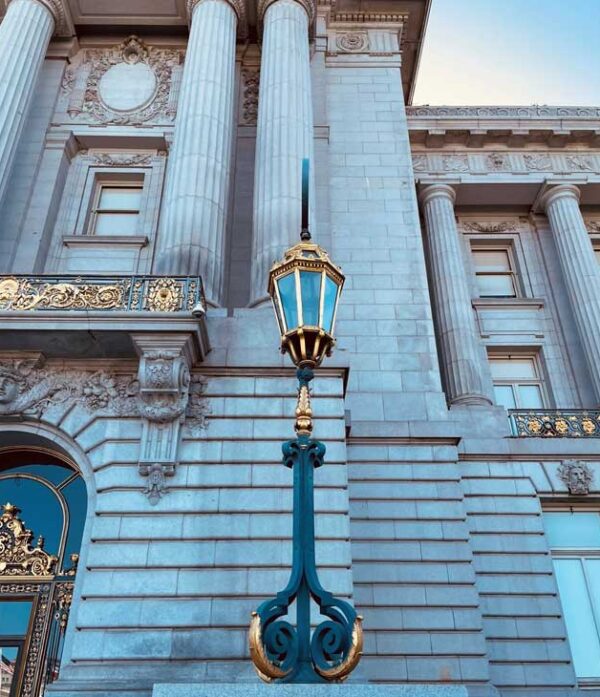 Opening in 2016, the New U.S. Courthouse in downtown Los Angles is located on a prominent block in the city’s Civic Center neighborhood, the 10-story, 633,000-square-foot building contains 24 courtrooms and 32 judicial chambers. In this photo, the Los Angeles Superior Court Stanley Mosk Courthouse and its iconic clock is reflected in the cantilevers of glass that make the courthouse look like a floating cube. 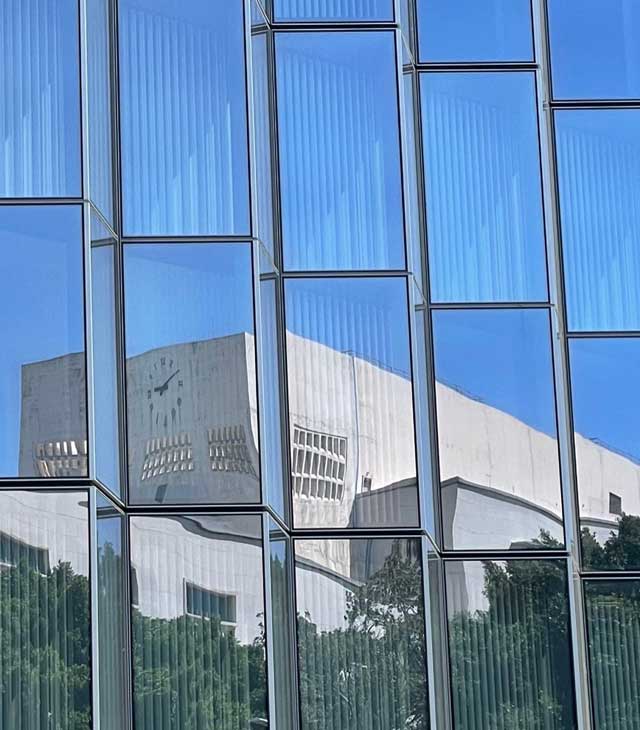 This architectural sculpture is on the back and sides of the Los Angles County Law Library, the second largest public law library in the U.S. Only the Library of Congress holds more volumes. Located in Downtown Los Angeles, the seven story library building was erected and was designed by the same architect who would then design the Stanley Mosk Courthouse, a joint architectural project that included J.E. Stanton, Paul R. Williams, Adrian Wilson (a frequent collaborator with Williams on public projects) and the firm of Austin, Field & Frey. 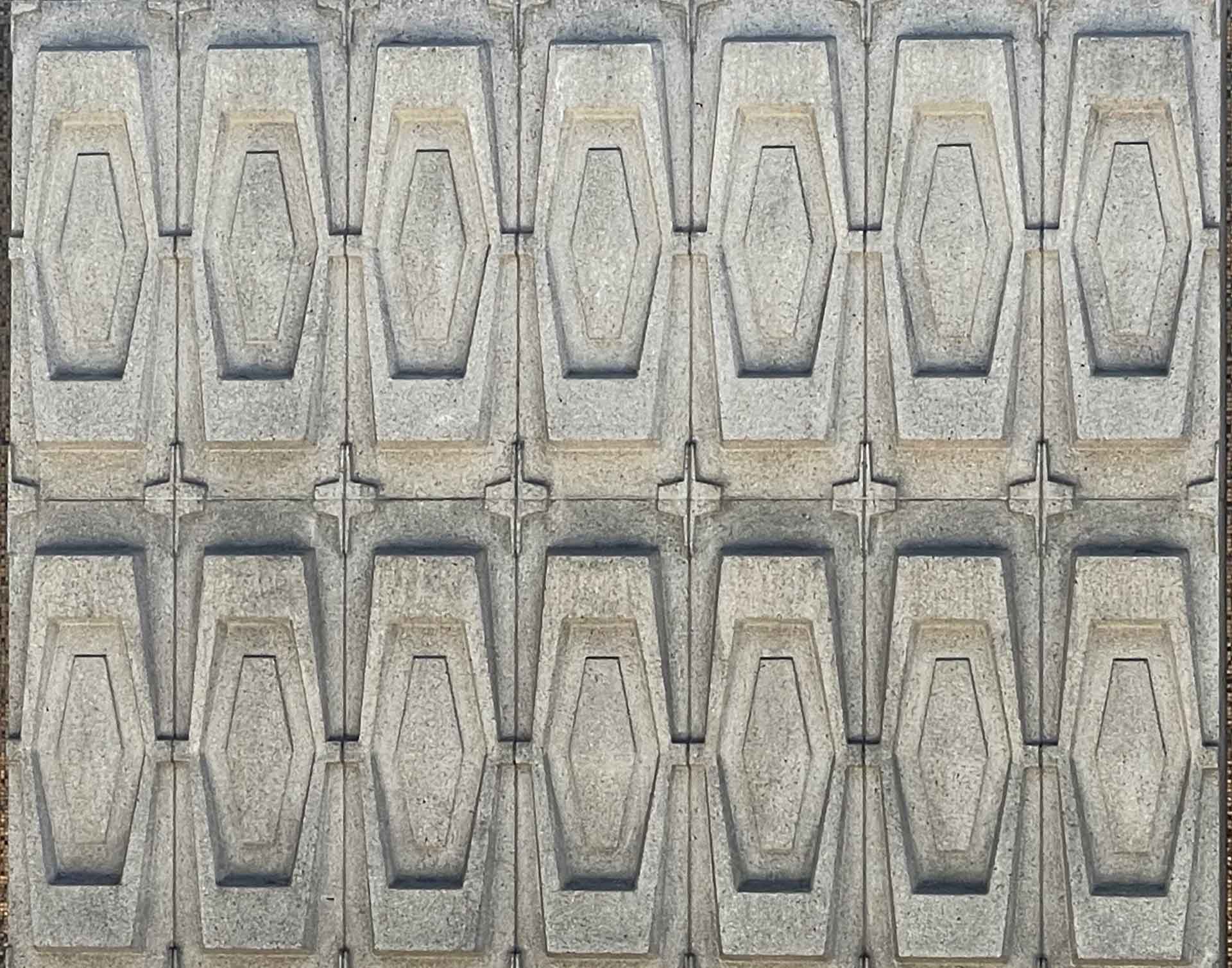 The Clara Shortridge Foltz Criminal Justice Center (formerly known as the Criminal Courts Building) is the county criminal courthouse located in downtown Los Angeles, California. Clara Folz, (July 16, 1849 – September 2, 1934) was an American lawyer, the first female lawyer on the West Coast, and the pioneer of the idea of the public defender. The building is probably most famous as the location of the O.J. Simpson murder trial. The most publicized criminal trial in U.S. history, the opening statements were made on January 24, 1995, and Simpson was acquitted of both counts of murder on October 3 of the same year. Throughout the trial the news media was camped outside each day with the easily recognizable building serving as the backdrop. 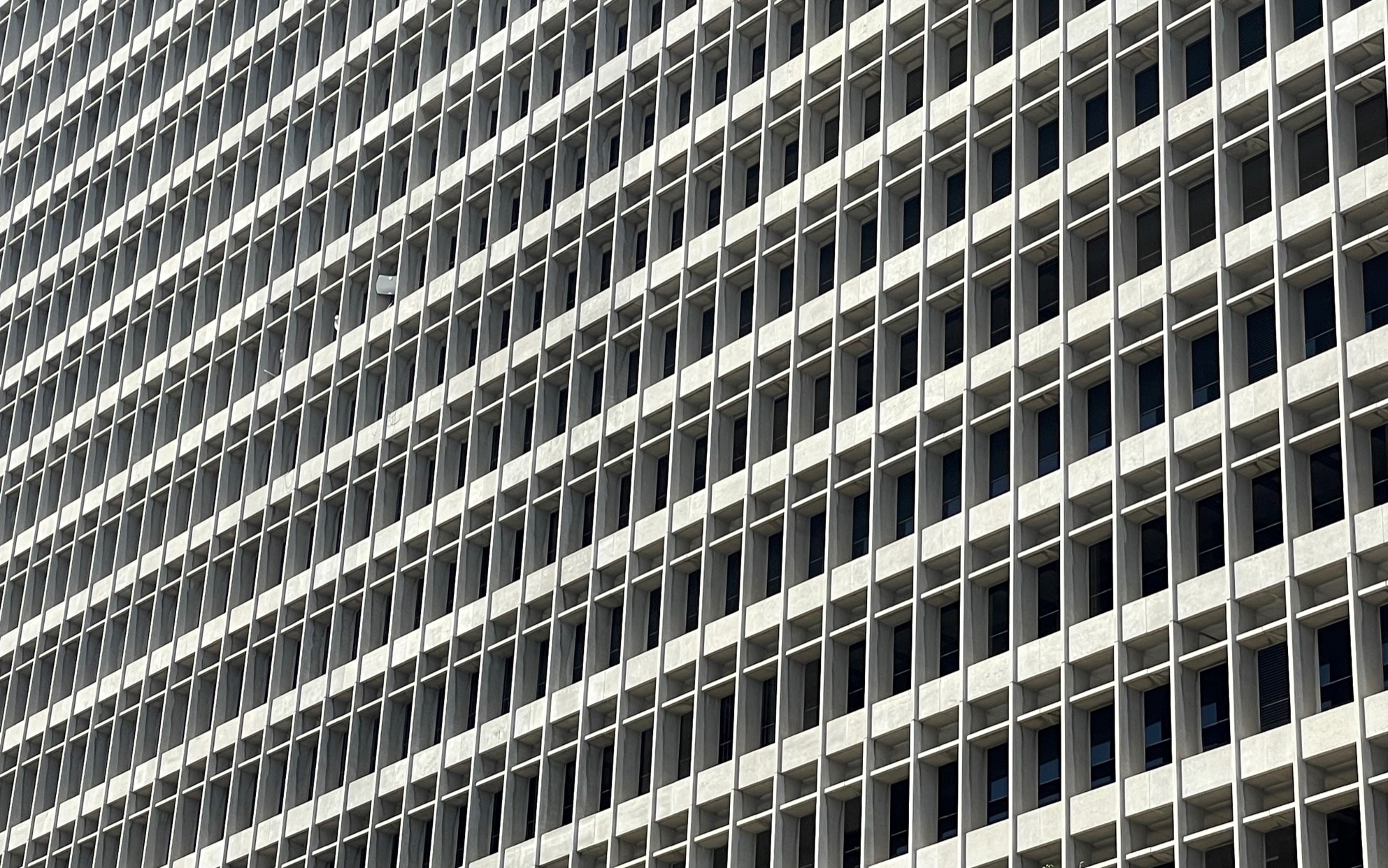 The Hall of Justice in Los Angeles was built in 1925 and that, with the City Hall would begin the transition of the 19th Century business district to the modern L.A. Civic Center. The Beaux-Arts style building originally house the Los Angeles County Coroner’s office, the Sheriff’s Office, the District Attorney, and the Los Angeles County Jail. It was shut down after the 1994 Northridge earthquake but re-opened again in 2015. It now houses the Sheriff’s Department and the District Attorney. 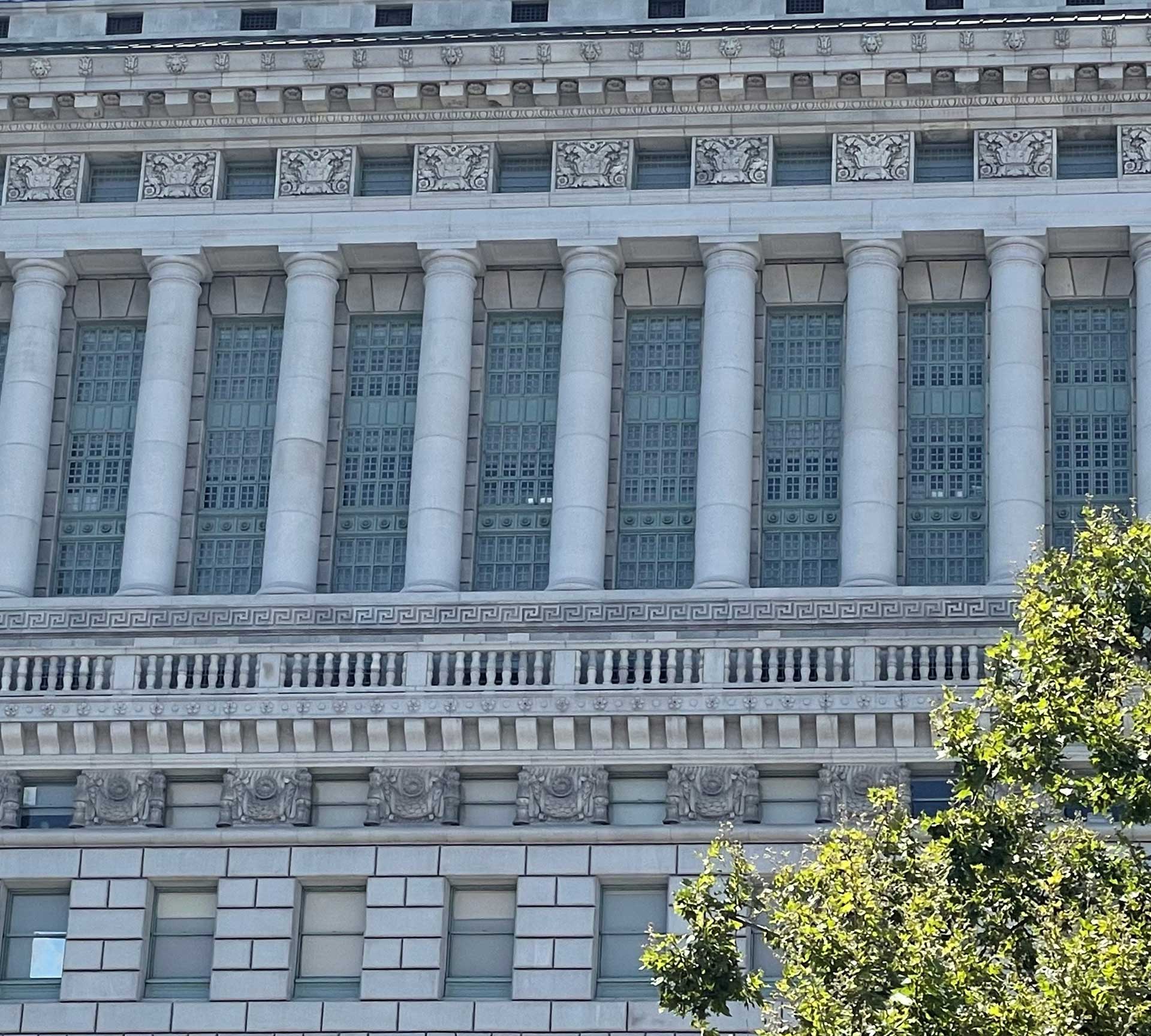 Why? The notorious Norton & Melnik heads were first used as the firm’s logo in 1994. The firm was only three years old at the time and the 18th century lithograph heads sarcastically conveyed the image of refinement and history which the firm did not have at the time. As we have aged as a firm, we have slowly built up the expertise and staying power that these two heads represent, where we have grown and expanded in a manner that has allowed us to hold onto the big firm energy that pushed us at our inception. Yet, we divert ourselves from the idea that lawyers are stodgy, inflexible and mired in the past. We are prepared, edgy, inclusive, and ever-changing. And because two heads are better…..